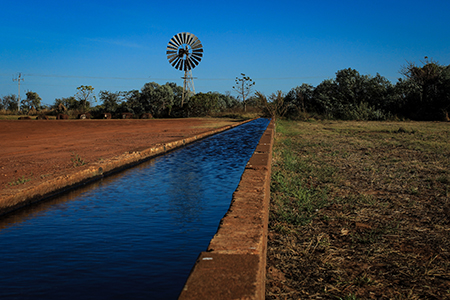 As a nation, we all know how important water is to our lives. And we all know the effects of having too much (flooding) or too little (drought) can have on our towns, farms and the environment. But do we know enough?

As the Managing Director of Australian Pump Industries (API), water is Warwick Lorenz’s bread and butter. But water, and particularly water security, is also a personal passion for him.

A number of years ago, Mr Lorenz came across a book by an author under the pseudonym Veritas, titled Australia Replanned, in a second hand bookstore. Published in 1945, the book contained a foldout map in the centre that outlined plans for a giant inland sea as a solution to Australia’s drought. The book had an impact on Mr Lorenz, and since that time, he has made it his mission to educate the Australian public on just how important water as a resource is, and why it must be managed effectively.

“The reality is it doesn’t just affect API, but it affects everybody in Australia,” Mr Lorenz recently told PEA.

“Water security affects everybody in this country. We believe Australia is underutilised on a global scale, and that ultimately we will be forced by global population pressures to take steps to preserve our water resources and make much better use of them than we do now.” 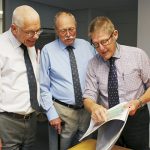 Warwick Lorenz shares locations for Clarence Copeton dam system that would provide water use for thousands of farmers.

“People laugh at us simple pump men because they say that if there’s a drought we sell a lot of pumps, and that if there’s a flood we sell a lot of pumps. But it’s not about that at all. It’s about a real desire to help consumers who are in trouble, whether it’s drought, flood or bushfire. I absolutely sincerely believe that most of our distributors actually really care about the people they sell to and aren’t just interested in selling cheap products just to make a dollar,” Mr Lorenz said.

“Governments will pander to urban populations because that is where the votes are. Meanwhile, instead of building the country’s wealth, we ignore potential for tens of billions of extra dollars of growth and agricultural export just because we won’t harvest our water resources,” he explained.

More than meets the eye
In his role as General Manager Water at the Bureau of Meteorology, Dr Robert Argent is responsible for gathering, managing and presenting data and information on Australia’s water. With a background as an agricultural engineer and hydrologist, he also authored a section of the 2016 State of the Environment Report. He recently explained to PEA that water security is a complex issue that involves a two-pronged approach: understanding water, and then managing it.

“Basically you have different levels of security at different points, both in space and in time. So it’s not as though we might be secure today and not secure tomorrow, or the other way around. It’s quite a, no pun intended, fluid environment, and it’s more about our ability, when looking at water security, to look ahead and think about how much is going to be available, what our needs are going to be, and what is the relationship as it is mediated by policy, by management and by other interventions, on the relationship between those two,” he explained.

Population pressures
Population forecasts by the Australian Bureau of Statistics predict that Australia’s 2012 population of 22.7 million is estimated to increase to between 36.8 and 48.3 million people by 2061. Given Australia’s propensity for, and history of, weather extremes – just recently, the Millennium Drought lasted at least 10 years – ensuring water is captured and managed effectively will become increasingly important. But according to Dr Argent, population increases in and of itself, is not the full picture.

“Generally, population increases increase demand, but what we have seen are very positive effects of the savings measures and demand management,” Dr Argent explained. 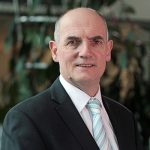 “The Urban National Performance Report published by the Bureau of Meteorology, based on data provided by urban and rural water authorities, shows in the last ten years things like average residential water supply not varying significantly, and so it’s not just population, [but] how much they use, [and] how much is wasted.”

The Water Efficiency Labelling and Standard (WELS) star rating system, which by now most Australians are aware of, was an Australian Government initiative introduced in July 2006 to help the Australian public make informed decisions when it comes to buying water-based appliances such as washing machines, dishwashers, taps, sinks and more.

“The efforts that have gone into things like efficient water appliances, efficient plumbing etc., are increasing people’s awareness of water management and of controlling or limiting water use,” Dr Argent said.

“And so we’re seeing as many benefits coming out of people managing their own water use as we are out of things like providing new irrigation or building new dams.”

“We have an environment that is adjusted to the droughts and flooding rains of the country. Flooding is a natural part of our environment, particularly in northern Australia, so interrupting too much of that does interrupt too much of the way that our environment operates. But also flooding does other things: replenishing agricultural soils, replenishing groundwater; there’s more to it than just seeing water as something we should hold in a dam and use for people.”

Policy vs action
The National Water Initiative (NWI) is an agreement that, in the Government’s own words, “is a shared commitment by governments to increase the efficiency of Australia’s water use, leading to greater certainty for investment and productivity, for rural and urban communities and for the environment .”

Developed in 2004, the NWI sees the Australian, State and Territory Governments commit to eight key actions surrounding water plans, achieving sustainable water use, introducing water rights registers and standards, improving pricing for water storage and delivery, and better managing urban water demands, to name a few. But is this enough?

Australia’s Productivity Commission released its draft report in September last year, outlining its findings from its inquiry into the success of the NWI.

In a media release at the time, the Productivity Commission Commissioner Dr Jane Doolan said, “There is no doubt that the National Water Initiative and national water reform has been responsible for many successes, in particular in improving rural water efficiency and addressing environmental sustainability.”

“But the National Water Initiative is now 13 years old and we need to refocus our efforts to ensure we are prepared for some very substantial future challenges and so we don’t make costly decisions about our water supply as we did during the last Millennium Drought,” she said.

A full list of the Commission’s findings can be found at www.pc.gov.au/news-media/pc-news/water-reform.