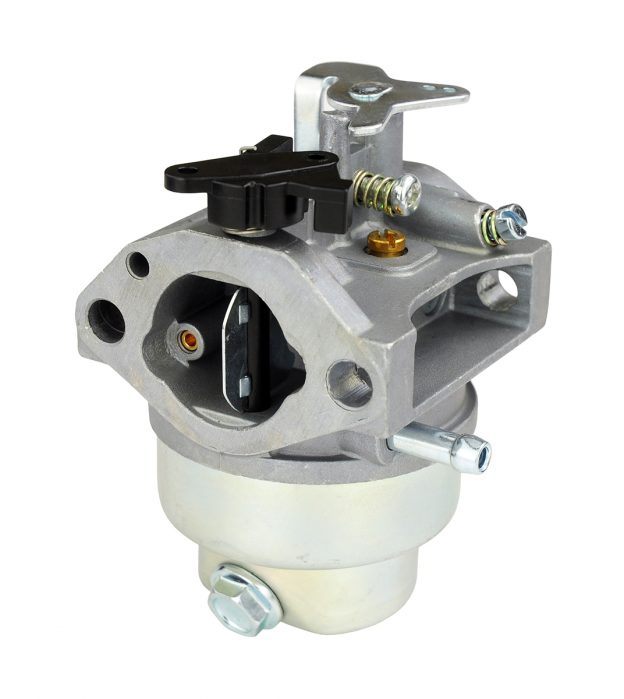 Poor carburettor performance can be a time-consuming and bothersome problem in Australasia, particularly in equipment that is used irregularly or seasonally. Below are some tips for users of small equipment.

Carburettors play a vital role in the performance of any combustion engine, but equipment owners seldom devote the same level of care to this device that they should.

Regardless of whether this oversight is due to ‘out of sight, out of mind’ casualness, or perhaps a lack of understanding about basic carburettor functionality, owners should take the time to appreciate common carburettor problems and solutions before more expensive issues arise.

The role of a carburettor is to regulate the intake of fuel into an engine while simultaneously mixing it with the correct quantity of air for optimal engine performance.

According to Ron Zacka, Managing Director of Parklands Power Products Australia, there are two main types of carburettor:

The best way to understand the operation of carburettors is to think of them primarily as air pumps. For instance, when you power up the throttle, you are not ‘pumping more fuel’ into an engine – on the contrary, you are really ramping up the air intake into the system, which then increases the fuel inflow and dynamics accordingly.

If either the air or fuel intake mechanisms are dirty or impaired, a number of problems may become apparent. The engine:

When it comes to substandard cleanliness, one of the most obvious culprits is dirty fuel. This happens frequently in cases where an owner leaves a fuel tank full and then doesn’t use the equipment for an extended period of time. In southern states, in particular, this can occur if equipment is used seasonally. There are some cool climates where lawn mowing, for example, comes to a standstill over winter when turf is near-dormant…only for activity to resume sharply in mid-spring. A chainsaw, similarly, might be used primarily in summer or autumn to allow wood to dry out in time for winter use. In these kinds of cases, fuel can become stale; even worse, the internal parts of the carburettor, including the delicate fuel inlet jet or fuel lines, can become gummed up.

Even if the fuel supply and delivery systems are in peak condition, there are other elements of the carburettor that might be dirty or out of balance, which can lead to sub-optimal performance.

The best place to start is to watch and listen to the engine and identify telltale signs that something is out of kilter. Ron suggests a good place to start is the spark plug, which can reveal a lot about how an engine is operating.

“Without going into too much detail, the spark plug will give you the best indication of how your engine is running,” he explains.

The term ‘running lean’ means less-than-normal fuel supply is reaching the engine, whereas ‘running rich’ implies excess fuel is being fed into the system. These levels can be adjusted manually with the mixture adjustment screw, of course –but first it pays to ensure all other parts of the carburettor are in good order (i.e. clean, with no leaks, breakages, gasket damage, etc). It is always advisable to check all basic mechanical systems thoroughly before starting to manipulate factory settings. An added danger is that emissions-compliant machinery can easily become non-compliant if an owner inadvertently runs a rich mixture.

So, before tinkering with settings, make sure all parts are clean, undamaged, and assembled to correct tolerances.

The obvious first step with cleaning a float carburettor is to unscrew the bowl and give it a good wash and soak using a dedicated carburettor cleaning fluid. Don’t be afraid to leave parts soaking overnight for a really penetrative clean, mindful that less durable plastic bits like the float itself should not be subjected to prolonged corrosive exposure. Once clean, the float should be able to move up and down unhindered, so be sure to remove every skerrick of gunk. Delicate jetter needles, which can easily become blocked, may need extra attention. A good tip is to avoid using old cloths that can leave behind unwanted lint, dust or fabric contaminants. It is far preferable to rinse with water and then use compressed air to blast away any cleaning agent residue and gunk, leaving behind a pristine surface before reassembly. This method works for sand-filled fishing reels, and it works for engine parts too!

If you aim to carry out your own carburettor maintenance routinely, it is worth investing in a basic toolkit to help maximise the effectiveness of your work.

“With some good basic knowledge and some special tools, most service centres and some practical contractors can test and adjust their own equipment, or at least know where the problem lies,” Ron advises.

While a solid cleanout will solve 90 percent of problems associated with a poor-performing carburettor, there is always the chance that a mechanical fault is to blame for a chronic problem. As mentioned, carburettors are essentially pumps, which means leaky seals, split O-rings and damaged gaskets may need to be replaced. In a workshop setting, Ron notes, these kinds of assessments will usually involve pressure gauge testing to uncover carburettor leaks by measuring the pop-off pressure.

Choke and throttle plates may also be bent or damaged due to wear and tear, stress or impact, or they may be in need of screw adjustment.

“And sometimes,” he adds, “it may not be the carburetor at all that is at fault – it could be an air leak, a weak spark, or a clogged muffler – but the carburettor is the easiest and cheapest place to start.”

Taking good care of your carburettor is worth the effort. Ignoring a problem can lead to poor fuel efficiency, premature engine wear, or worse!

“Because of new emission regulations,” Ron reminds us, “today’s engines are running much leaner and hotter than before, and are not as forgiving as previously.”

Carburettor maintenance, therefore, is crucial and should be a standard feature of every workshop routine.