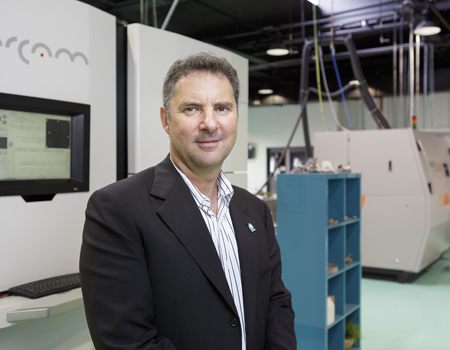 As Australia faces changing emissions standards and wonders what will come next, CSIRO’s Chief Executive Larry Marshall delivered the below speech to the National Press Club in early November this year, reminding industry that disruptive change creates new opportunities, including those for new fuels, and new products.

Much has been written on the disruptive forces of digitisation and automation that are reshaping Australia.

In many ways, we have been here before. History is strewn with examples of revolutionary change – technological, ideological, economic. But through every invention, every revolution, every major economic shift, science has underpinned the industries that emerged from the turmoil.

So while there is much talk of technology destroying jobs, it is worth remembering one simple truth: that science creates new industries, and industries create jobs.

As your national science organisation, it is CSIRO’s role to ensure those industries and jobs are created and developed in Australia. And our role has never been more vital. As we’ve become more connected, our reliance on Aussie ingenuity has waned.

The most recent Australian Innovation System report showed this most starkly through examination of two kinds of “innovation”.

Clearly, we are more prepared to back someone else’s ideas than our own.

Often we look to overseas models when proposing solutions to our innovation challenges. But we have our own strengths and our own opportunities – and our deep science capability will underpin the next wave of transformation.

So we have made three fundamental changes to CSIRO to ensure that happens.

Firstly, we are working at greater speed, with two programs created under the National Innovation and Science Agenda that accelerate the process of taking science from the lab bench and putting it into the hands of those who can use it to best effect.

Our national science accelerator, ON, is an intensive program for Australian scientists that takes the best ideas and speeds up their ability to make a difference in people’s lives. More than 200 teams from 30 institutions have gone through this intensive, customer-focused program, taking their benchtop breakthroughs to pilots and prototypes, ready for investment and growth.

Second, we have reinvented our industry partnerships. In the past, we’ve unleashed our science on the world as undeveloped ideas, like a raw material dug from the ground. It’s time to shift our focus to generating our own high value products from those materials. 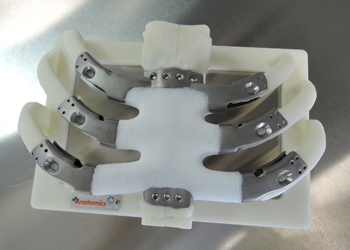 For example, historically we’ve made money exporting mineral sands worth pennies per pound. We have now created technology to make titanium in Australia for the first time, turning basic sand into a component for 3D printed parts. Then we thought bigger, and with our partner, a small Aussie business called Anatomics, created a custom-designed titanium sternum implant which has been saving lives in Europe, and just this year, for the first time in the US.

And third, we are opening up our imaginations and allowing ourselves to think bigger. Under our Strategy 2020 we’re committed to increasing the funding dedicated to science that will reinvent and create new industries for Australia’s future. In the past year we have brought in 60 new researchers to work across six Future Science Platforms, each closely aligned with the “next leap forward” in major Australian industries.

And we have just announced two more. The first is to intensify and broaden our research into hydrogen as a new renewable fuel. Australia has access to vast energy resources through sun, wind, biomass, natural gas and coal, all of which can be used to produce hydrogen. The fuel could be used domestically in transport, power generation and to offset more carbon-intensive resources, and Australia could also become a world-leading exporter of low emissions hydrogen. We have also created a group focused on the emerging field of precision health. This will investigate delivery of contemporary and tailored nutrition and digital health solutions, creating foods and new diagnostics to reduce diabetes, obesity, infectious diseases and specific types of cancer.

I’ve spent a lifetime believing in the power of science to transform economies, countries and lives for the better, and there’s no better place in Australia to see that in action than at CSIRO.

As all our traditional industries face significant disruption, we must not allow other countries to seize the opportunities we have at our fingertips.

We have done it before, like our ongoing work hand-in-hand with the cotton industry to ensure Australian cotton is some of the most prized in the world. And we will do it again, and again.

When Prime Minister Billy Hughes formed CSIRO 101 years ago, he called for an organisation of scientists charged with a mission to “lend a most powerful aid” to meet the challenges facing a fledgling nation.

The mission of CSIRO remains unchanged – only the tools and methods have changed.