I was happy when Tim, the CEO of the company that distributes KOHLER said that he was going to send a pump with plenty of lead time before the article is due, so I could  ‘flog it’.  It sends a certain message of complete faith in the brand by the seller.

The problem is, living in th 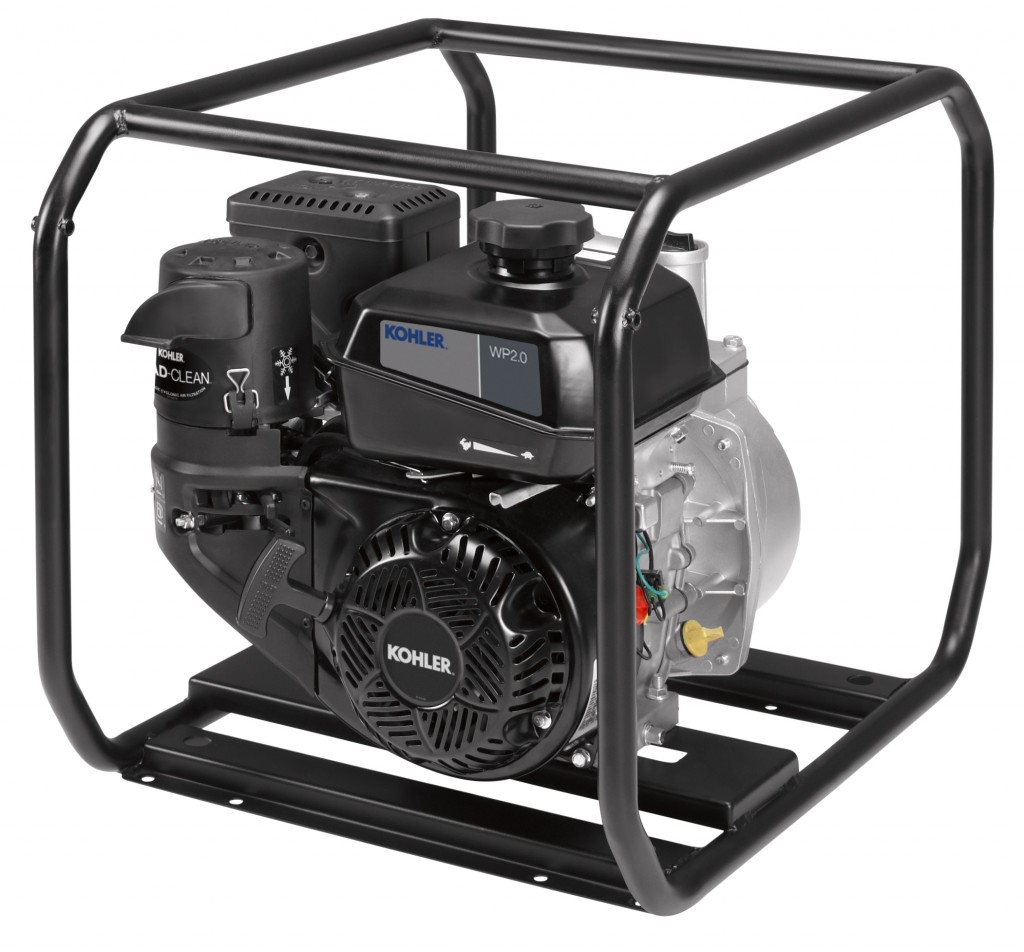 e central highlands of Victoria, we have had record rains in the district, and I have had absolutely no use for it on the property. The Loddon River that runs along the boundary of the property has been in full flood several times, the dams are full, and the aquifers are healthy for the first time in years, with the springs in the paddock flowing.  I cannot remember seeing this happen since I was a kid.  This is good; however, it is not so good for opportunities to ‘flog’ the pump.

So the KOHLER pump has sat idle in the workshop, waiting for me to give it some love – but I have enjoyed looking at it. I like its understated, stealth fighter, flat black finish and subtle graphics. Clearly the makers are confident in its quality, knowing they do not need fancy graphics and colours to sell their kit.  It comes standard with a rugged roll cage, not often found on pumps in the KOHLER’s price range. Big two inch pump inlet/outlets mean business, as does the big quad clean air filter hanging off the side of the 208cc four stroke engine. Its specs are impressive too, with a suction head height of nearly eight metres, a total head height of 26 meters and a flow rate of 600 litres per minute.  These are good specs for a single impellor pump that is usually associated with more expensive units.

The first issue that arose was my own problem, not the pump’s. I filled it up with fuel, took it to the dam, set it up and tried to start it.  It would not start.  Half a dozen pulls later I gave it a look over, checked the starting procedure and it still would not go. Then the epiphany hit.  It was shipped to me with no fluids.  So thankfully, I can vouch that the oil alert system works. I topped it up and off it went, first pull.

Now at this point I was keen to test the maker’s claims of a self-priming pump that ‘automatically clears air out of the pumping system and does not require water to start’.  I am so used to endlessly stuffing around trying to get a pump to prime I didn’t expect it to live up to the maker’s claims.  I waited, watching the pump doing nothing, thinking victoriously that KOHLER’s claims were hot air, but lo and behold, after just over a minute of inaction, off it went, and it went well.  The water pressure was great and the throttle controls were easy to access and use. A minor complaint would be that the choke and fuel leavers felt slightly flimsy, but I am nit-picking.  I really like what I now refer to as my ‘stealth pump’.

Family members are often my official photographers for these on-farm reviews.  They are used to me asking them to shoot something for someone.  So when, with the KOHLER pump on full bore and hose in hand hammering out water, I called my 14 year old daughter over to photograph me for the article, there was no suspicion whatsoever as I hit her full force with my watery wrath.  I love this stealth pump.

Jason Waterhouse is renowned for his sculpture, but also creates interiors, furniture and fabrication work for artists.  Jason is the director of Artist and Makers space Stockroom and men’s ware store NOTOWN Outfitters in Kyneton, Victoria.