In 2015/16, the Outdoor Power Equipment Association (OPEA) has delivered on its intention to listen and act on important issues and has seen a great deal of progress as a result. Lauren Butler reports on the recent AGM. 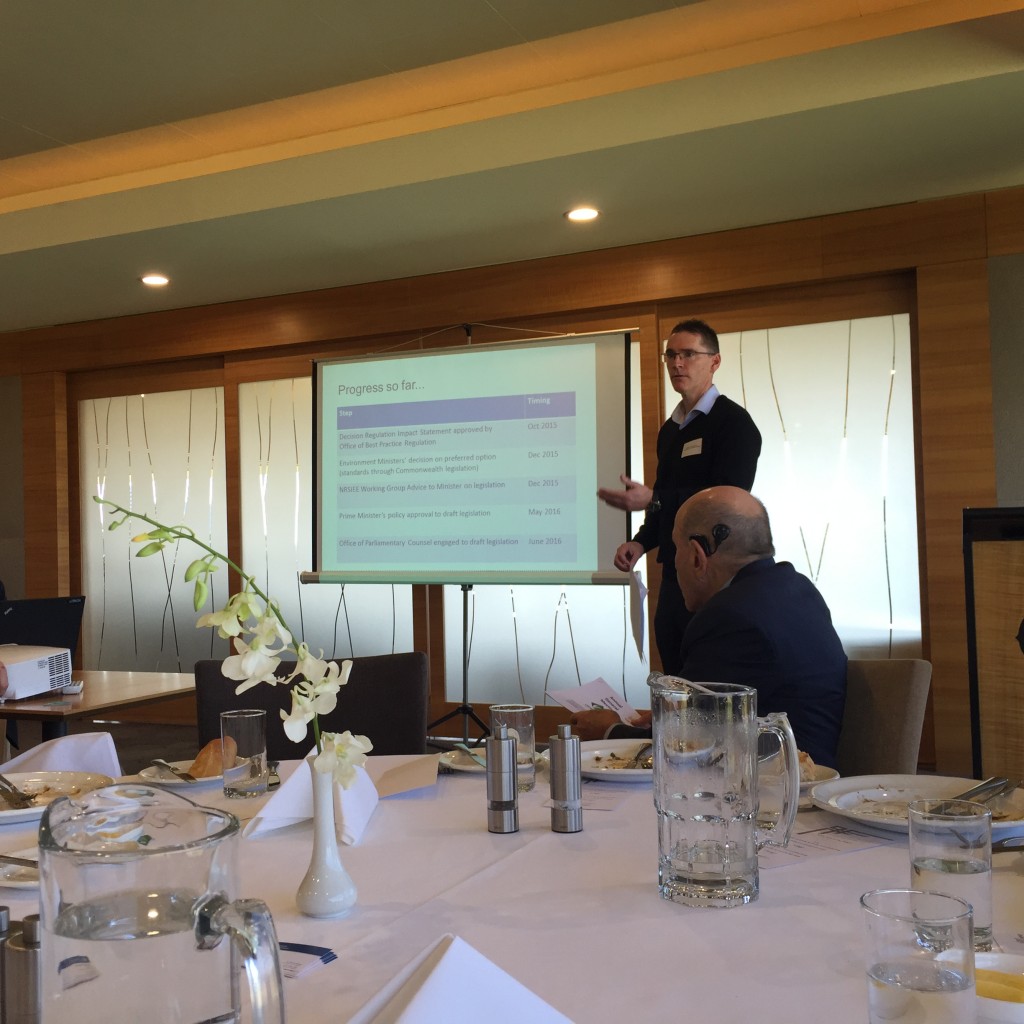 OPEA continues to support its members with training, advice and importantly, industry representation to government. It has been reassuring to see OPEA’s ongoing leadership amongst manufacturers, distributors and dealers, particularly at a crucial point in the introduction of emission standards and ongoing consideration of evaporative laws.

The AGM, held at the Australian Golf Club in Sydney on August 19, saw the introduction of standards discussed in length, alongside updates on training and manufacturing. As always, members were also presented with the president and treasurer’s reports, alongside a statistics report. With many members based in Victoria, and flight delays due to bad weather, attendance to the event was pleasing at 25 members.

The introduction of emission standards is drawing closer, after more than a decade of preparation, and was widely covered at this year’s AGM. OPEA has been cooperating with its members, as well as other peak bodies and government representatives, to see standards for non-road spark ignition engines and equipment (NRSIEE) introduced in 2017, with evaporative laws a possibility for 2019. OPEA welcomed key note speaker, Mr Declan O’Connor Cox, Director of Air Quality Section, Department of the Environment, to provide an update on the introduction of standards and the next steps in their finalisation.

Mr O’Connor Cox reported that the introduction of national emission standards is being worked towards with hopes to reduce air pollution for personal and environmental health. This is expected to create an estimated $636 million of total net benefit between 2016 and 2035 in avoided health costs, and will also contribute to meeting Australia’s greenhouse gas emission reduction obligations.

As well as NRSIEE, potential evaporative laws and their limitations were discussed. There are some challenges associated with evaporative laws, and these are therefore still in consideration. According to Mr O’Connor Cox, Europe does not currently have any evaporative laws in place, meaning that if evaporative laws were introduced in Australia, European certified products could not be recognised. With the US currently the only country with standards for evaporative emissions, Australia could face significant limitations in terms of buying and importing products from international manufacturers, including those which are currently approved for importation.

Mr O’Connor Cox told members that the proposed requirements will vary depending on the type of NRSIEE. In general the legislation will allow for:

He said that government is considering options such as limited and specified exemptions, phase-in timeframes as well as averaging and banking to allow for engine families that, on average, meet the standards.

He also acknowledged that the introduction of standards will take time and that the industry should be given time to prepare for compliance.

“The industry will need a substantial amount of time to adapt. We think a time period of about two years is reasonable,” he said.

For importers of equipment, it is suggested that copies of US EPA (or equivalent) be requested before committing. It is also recommended that they have exporters send a picture of the EPA emission label before purchasing, and inspect products pre-shipping where possible.

Guest speaker, Mr Gary Fooks from Blue Sky Alliance, updated members on who will be responsible for ensuring compliance and how to be prepared for the introduction of standards. According to Mr Fooks, responsibility falls with importers, manufacturers and owners when it comes to compliance. He said that it should be noted that modifying an engine in any way may affect an engine’s compliance. Mr Fooks encouraged members to source compliant components, change suppliers if necessary and run out stocks of non-compliant components as much as possible.

For a full report on preparing for the introduction of emission standards, see pages 25-26 of the August/September issue of Power Equipment Australasia.

Guest speaker and Ai Group’s senior economist, Mr David Richardson presented a report on manufacturing in Australia, providing an insightful industry overview for members. Mr Richardson reported that growth areas in manufacturing include food, health and building, with less growth in ‘heavy’ categories. He also informed members that manufacturing recovery is continuing, and that the industry is seeing the longest growth phase in well over a decade. While unit labour costs have increased, so too have productivity levels, though according to Mr Richardson, Australia still ranks poorly on an international level.  Even with an increase in productivity, pressures continue with few large industries achieving the productivity gains they need.

When training staff, Ms Stapleton said that recognition of prior learning (RPL) and recognising what the industry already asks in terms of training, is important to consider.

“By using what each company has already developed and what is best practice, we can promote productivity and upskilling with in the industry,” Ms Stapleton said.

With helpful instructions on available training and the benefits and incentives available to employers, members were encouraged to increase low levels of training in the workplace.

OPEA Treasurer, Mr Peter Wallace, reported that OPEA has achieved some of the outcomes they set out to accomplish; however, more work needs to be done with dealers. According to Mr Wallace, OPEA will commence a drive to attract and engage with more dealers in the next 12 months, and a strategy for this is currently in development.

He also reported that there was an increase in fees for statistics, as members were seeking ongoing services through strategic data.

Mr Stephen Clark also addressed OPEA’s desire to work with dealers in his president’s report, stating that an apprenticeship program to assist dealers had started, with less than expected up-take. OPEA is hopeful that up-take will increase and that the program will be successful.

The new OPEA Board

There have been a number of significant changes in the OPEA Board over the past 12 months, including a change in presidency following previous president Mr Gareth Taylor’s exit from the industry. Mr Clark recognised and thanked Mr Taylor for his contributions as president. The 2016 AGM saw many existing Board members take on new positions, and also welcomed new Board members. All nominations were received and accepted, and no vote was required. The Board for the coming year will comprise of: