Powering the future: the latest in generators 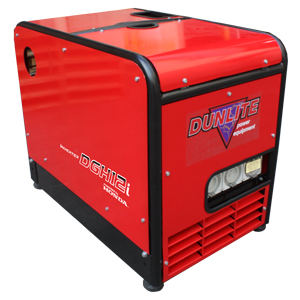 We’ve all heard the term ‘energy crisis’ used to describe the fluctuations in electricity supply and demand. Weather extremes and heatwaves mean people are more reliant on cooling appliances, and an increase in general use of electronic devices means the
demand for electricity is at an all time high. Non-viable power plants are being shut down without being replaced, negatively
impacting supply to meet the growing demand. This puts enormous strain on the system; take for example the recent black outs in both Victoria and New South Wales during the January heat waves.

Our fellow Australians are no longer prepared to continue waiting for the government to provide a solution, and are seeking ways to generate their own clean power. Consequently, the generator market has grown, and changed, to meet public demand.

AUSTRALIAN PRODUCTS FOR AUSTRALIAN PEOPLE
Welling & Crossley is celebrating 92 years of Australian manufacturing in 2018. What started as a business supplying the Australian Defence Forces with cranes, winches and hoists, has grown into a nation-wide supplier manufacturing Welling & Crossley, Gentech and Dunlite partner branded generators from its workshop in Melbourne, and importing Yamaha generators from Japan.

Adam Doncevic from Welling & Crossley’s marketing team, explained that the company has released several new portable and inverter generators to the market in the last 12 months.

“We’ve released range of inverters under the partner brands Dunlite and Gentech. They come in a few different sizes: 3.4kVA, 8.8 and 12kVA models,” he said.

One of the company’s biggest success stories from its latest line up, according to Mr Doncevic, is the Dunlite DGH12i. The DGH12i is powered by a Honda GX630 V-Twin engine with electric start; is fully enclosed to reduce noise (rating: 74 dBA at 7m); has pure sine wave inverter technology, meaning users can safely power their electronic devices; and boasts a maximum output of 12kVA.

“You’d be struggling to get something that large somewhere else, especially a locally made, premium quality one,” Mr Doncevic said. “It really gives people more power, so if they’ve got a large household, or a small business or a farm operation and they need plenty of power, then they can run it,” Mr Doncevic said.’

“And in addition to that we also released a range of AVR (automatic voltage regulator), controlled generators (the Gentech EP10000HCREA), which is an alternative to an inverter. It’s just another way of controlling the current and is a little bit cheaper than the inverter style generators.”

“[Developing both of these models] was really in response to increasing demand for home back-up generators. People are wanting
generators that they know are putting out clean power,” he explained. 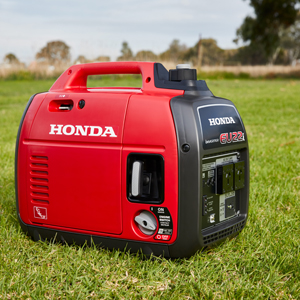 The EU22i uses Honda’s 4-Stroke GXR120 engine with one pull easy-start system, has eight hours of continuous operation (on Eco-Throttle+) and a maximum output of 2200W.

THE NEXT GENERATION
After 15 years on the market, Honda’s best-selling EU20i portable generator has received an upgrade, with the new EU22i touted as ‘the next generation’ in generators.

Released in January this year in response to market demand, Honda’s Power Equipment Marketing Coordinator, Melissa Stancati, says the EU22i delivers what people have been asking for.

“People were demanding more power, so Honda gave the people what they wanted,” she explained.

“The market is changing as people’s demand for electric power has grown. For this reason, Honda took the best-selling leisure
generator on the market, the EU20i, and increased its power by 200 watts. The extra wattage in the EU22i means extra convenience and reliability for consumers.”

According to Ms Stancati, the increase in demand for backup power is creating a robust generator market.

“Consumers need backup power due to environmental factors; we’re seeing a lot of changes in the weather across Australia. At one
time we could see both fires and floods, so the use of generators is critical for families to carry on with their day-to-day activities. For example, if the power goes out, you can save all the food in your fridge, cook meals and even watch TV or have the air conditioning on,” she said.

“The market is very strong because of this drive towards backup power, especially for people using solar alternatives. People are getting completely off-grid. Therefore, when the solar cuts out, they use a generator. We’ve been seeing this trend a lot in Queensland and people in regional areas across Australia,” Ms Stancati explained. 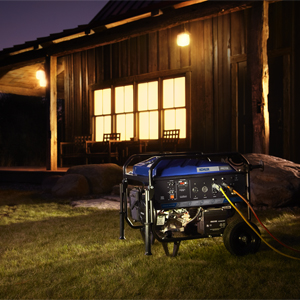 Kohler’s PRO7.5E generator is fitted with an easy electric start option, and is suitable for home or work site usage.

AUSTRALIA WANTS TRUSTED BRANDS
Kohler has remained a private, family-owned company for the last 90 years, and in developing its latest generators, according to Brett Huston, General Manager for EPG Engines (Kohler’s Australian distributor), the company has lived up to its philosophy
of continual improvement in technology.

“Over 90 per cent of their revenue is reinvested into development of the company and in the products and people alike, so it’s a huge investment and it’s ongoing,” he explained.

Mr Huston says that Kohler recently released a range of small portable generators in 3.5KW, 5KW and 7.5KW to the Australian market.

“The main improvements and features are that they have is what Kohler call Accu-Fill, which is a feature that provides safe and easy refuelling and less spilling of fuel. There is also engine protection, with an oil sentry that automatically shuts down the
engine in low oil conditions, and probably the most important thing of all, which people should look at for any generator, is to make sure it’s compliant to Australian Standards,” he explained.

All Kohler generators are fitted with AS/NZS 3112 compliant outlets as standard, as well as automatic voltage regulators for consistent voltage to avoid surges.

According to Mr Huston, people are looking for quality and recognised brands when buying generators.

“Consumers want to buy a good product and they will pay a little bit more for a better quality product,” he said. “But they only have to pay for it once, they don’t have to buy two of them,” he said.

POWERING THE INCREASE IN DEMAND FOR HOME BACKUP
Australia’s energy crisis is perhaps most pronounced in South Australia, where in September 2016, storms caused blackouts to the entire state; and further widespread power loss occurred between Christmas and New Year that same year.

Since the closure of the coal powered plants in Hazelwood, Victoria, and in Port Augusta, South Australia, the State has experienced a power supply shortage because its higher-than-average mix of renewable energy sources cannot produce adequate amounts of power on demand, reducing reserves and putting strain on the entire power system.

Consequently, the market for generators has grown considerably, and switched on dealers have been able to capitalise on the increased demand by supplying generators to residential and business customers for backup power. 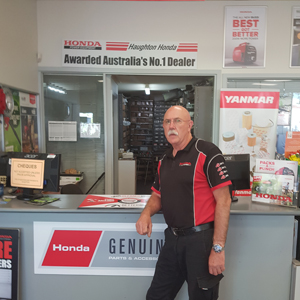 Dealer Principle at Haughton Honda, Jeff Sander, said sales of generators were up 300 per cent during South Australia’s blackouts.

Dealer Principle at Haughton Honda in Adelaide, Jeff Sander recalls, “There were areas of the state that were without power for three to four days, so lots of people, particularly residential people, lost contents of fridges and freezers, and that created a surge in sales of generators.”

“Our sales in late 2016-17 were up 300 per cent on the previous year. I was buying generators in from Honda; I ordered them
on the Wednesday, they arrived Thursday and on the Friday, we sold something like 80 generators in those three days,” he said.

“People are still concerned despite the government putting in the world’s biggest battery and back up diesel generators. People are still sceptical that there will be further blackouts.”

Mr Sander further explained that where his primary customers for generators were once from the caravan and leisure market, the home and business backup market is now on par with that, if not slightly more.

When buying generators for home backup, Mr Sander reports that given the proximity of houses today, the most important feature customers are looking for is quietness, followed by a size and weight that is easy for every member of the household to manoeuvre, and then run time. He also says that people are waking up to the seriousness of Australia’s energy situation; so
much so that they are not only willing to spend good money on a decent generator, but they’re prepared to wire it up to their
house as well.

“They’re spending money putting in change over switches in their house so they can just plug it in and run their whole house on one point. And they’re spending $1200 putting in that changeover point, so they’re committed to having back up power in their property,” he said.

WHAT’S ON THE HORIZON?
In February 2017, the citizens of South Australia were affected yet again when the Australian Energy Market Operator (AEMO) shed the state’s power to reduce strain on the system. New South Wales and ACT also experienced electricity restrictions in early 2017, following a blackout during a severe heatwave and faults at a major substation – meaning the crisis is ongoing, with the Australian Government as yet unwilling to commit to any major solution.

Consequently, it seems likely that as time goes on, more and more Australians will empower themselves (pun intended), and seek off-grid alternatives like generators to run their homes and businesses.

“As I see it, more and more enquiries are coming in to put generators into the household for power back up, so I think that’s an area that will grow,” Mr Sander said.